In line with the theme of the 22nd International Passive House Conference "Passive House – it's worth it!" numerous speakers drew attention to the economic feasibility and affordability of energy efficient construction and retrofitting.

„Our constructions are less expensive"

Frank Junker of ABG Frankfurt Holding presented impressive architectural examples of Passive House buildings belonging to the company, including a multi-storey complex with a supermarket, the modernisation of a 1950s apartment building and the restoration of a historical building using Passive House components for the deaconesses' home in Frankfurt. The chairman of the executive board made it clear that due to their entrepreneurial foresight, the ABG had voluntarily committed themselves to the implementation of all their constructions to the extremely energy-efficient Passive House Standard. The company also has to make money from it.

Rudolf Escheu of the Bavarian Ministry of Economics emphasised the voluntary approach to the topic of energy efficiency, "because this will convince the citizens more. We tackled this through subsidies, for example with our '10 000 houses programme'. We also found that in this way, we gave the industry an impetus for developing their products further." The Bavarian Ministry of Economics hosted the 22nd International Passive House Conference in Munich. 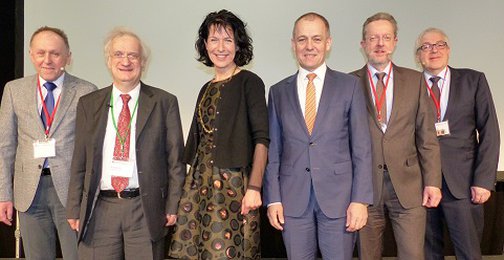 They inaugurated the Conference "Passive House - it's worth it!" 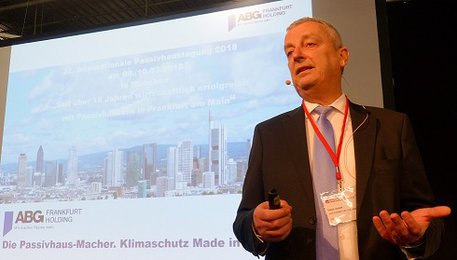 Today the founder of the Passive House Institute Professor Wolfgang Feist teaches energy efficient construction at the University of Innsbruck. With regard to social housing, Feist shed light on the aspect of energy efficiency. In the last few years in particular it has become possible to choose much more efficient solutions without significantly higher costs. "If you don't realise a building as a Passive House today, then your tenants will have to pay more than they would if you provided them with decent apartments", says Feist.

The Passive House Institute presented the Component Award, which was given for low-cost home ventilation solutions that also contributed to affordable housing. The first place for the Component Award 2018 was shared by the two companies Pluggit and Vaventis for their easy-to-integrate and low-cost solutions for small residential units in particular. The second place was shared by the companies Pichler and bluMartin for their centralised and decentralised facade-integrated ventilation concepts respectively.

Certificate for the tallest high-rise building

Many participants were awarded certificates at the Conference in Munich, including certificates for Passive House projects and for advanced training as Passive House Consultants, Designers and Tradespersons. One of the certified projects was the high-rise building "Bolueta" in Bilbao (Spain) which is currently the tallest certified Passive House building in the world, and a residential house in Saragossa. Other certificates were presented to the construction partners of projects in Gothenburg in Sweden, in Vancouver and Quebec in Canada, China, Munich and Romania. 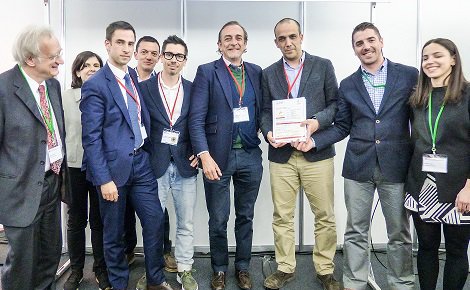 The award winners of the Component Award were also represented at the Passive House Exhibition which took place parallel to the Conference at the MOC. In total, over 90 exhibitors displayed their components for energy efficient construction, and the rush of interested visitors was astounding. Many visitors from the region also used the opportunity to obtain information relating to energy efficient construction and retrofitting. In the Passive House Forum, private building owners talked about the construction of a Passive House building and the improved living comfort. 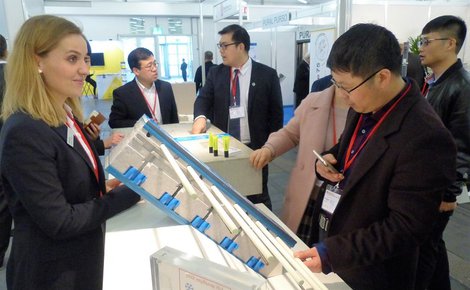 Exciting Passive House projects in and around Munich

The programme included seven excursions to Passive House Buildings in and around Munich. The energy efficient annex of the historic Maximilianeum dating from 1874 was one of the places to visit in Munich. The Passive House annex houses the Bavarian Parliament. Other excursions took the participants to the Allgäu, Augsburg, and to Innsbruck.

Many workshops and international events also took place in Munich, including the meeting of international decision-makers, which fittingly took place in the Passive House residential project wagnisART in the Domagkpark in Munich. The Passive House Institute also offered opportunities for knowledge sharing for universities. In a dialogue forum a large number of representatives from municipalities received information on the ways in which energy efficient public buildings can be successfully implemented in a cost-effective manner. 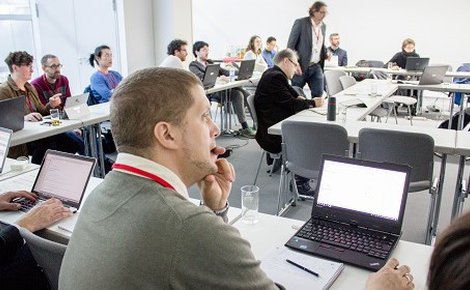 Networking at is best

The International Passive House Conference is the industry's go-to networking event. In addition to various evening events, the attendees had the opportunity to participate in a Matchmaking Event for the first time and to benefit from a range of new contacts.

Thank you very much!

We thank all our speakers, visitors, exhibitors and supporters for their participation in the 22nd International Passive House Conference in Munich! See you soon in Heidelberg and Gaobeidian!

The 23rd International Passive House Conferenc will take place outside of Europe for the first time, on 9. and 10. Oc­to­ber 2019 in Gaobeidi­an, China. Each new building in China brings with it an additional demand for energy for heating and cooling, therefore it is very gratifying that serious efforts are being made in China to radically improve the energy efficiency of buildings. There is still a chance of meeting the climate protection objectives," explained Professor Feist. 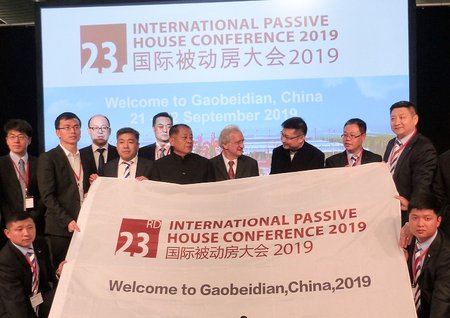