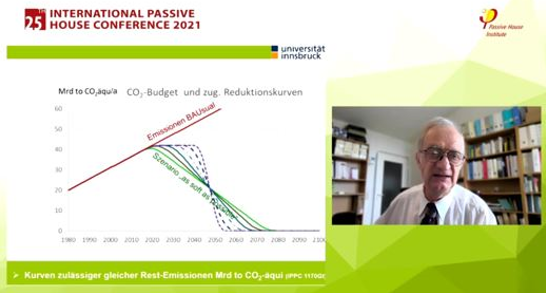 Prof Feist and others explained that it is not possible to continue with the โbusiness as usualโ (BAU) if we are to meet our climate goals. 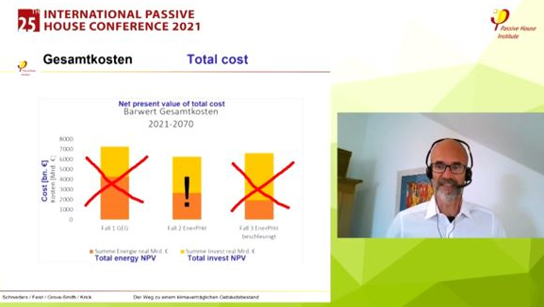 The energy efficient EnerPHit standard is better for building renovations, as explained by Dr Jรผrgen Schnieders of the Passive House Institute. In contrast, the statutory requirements in the German Building Energy Act stipulate an unambitious standard.

If you do it, do it propยญerly! 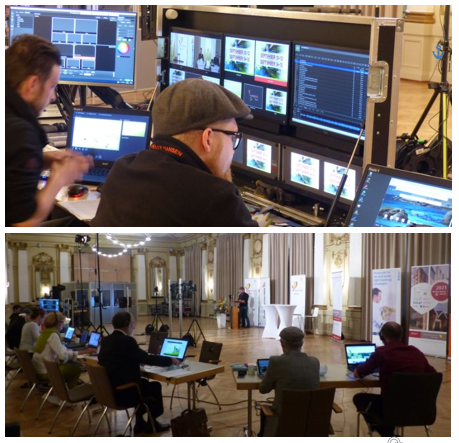 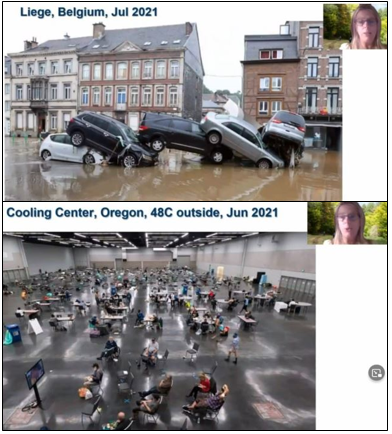 Climate scientist Diana รrge-Vorsatz illustrated the consequences of climate change, also visually: the flood disaster in Belgium and climatised public space for cooling during a heat wave in Oregon, USA, in the summer of 2021. ยฉ Diana รrge-Vorsatz 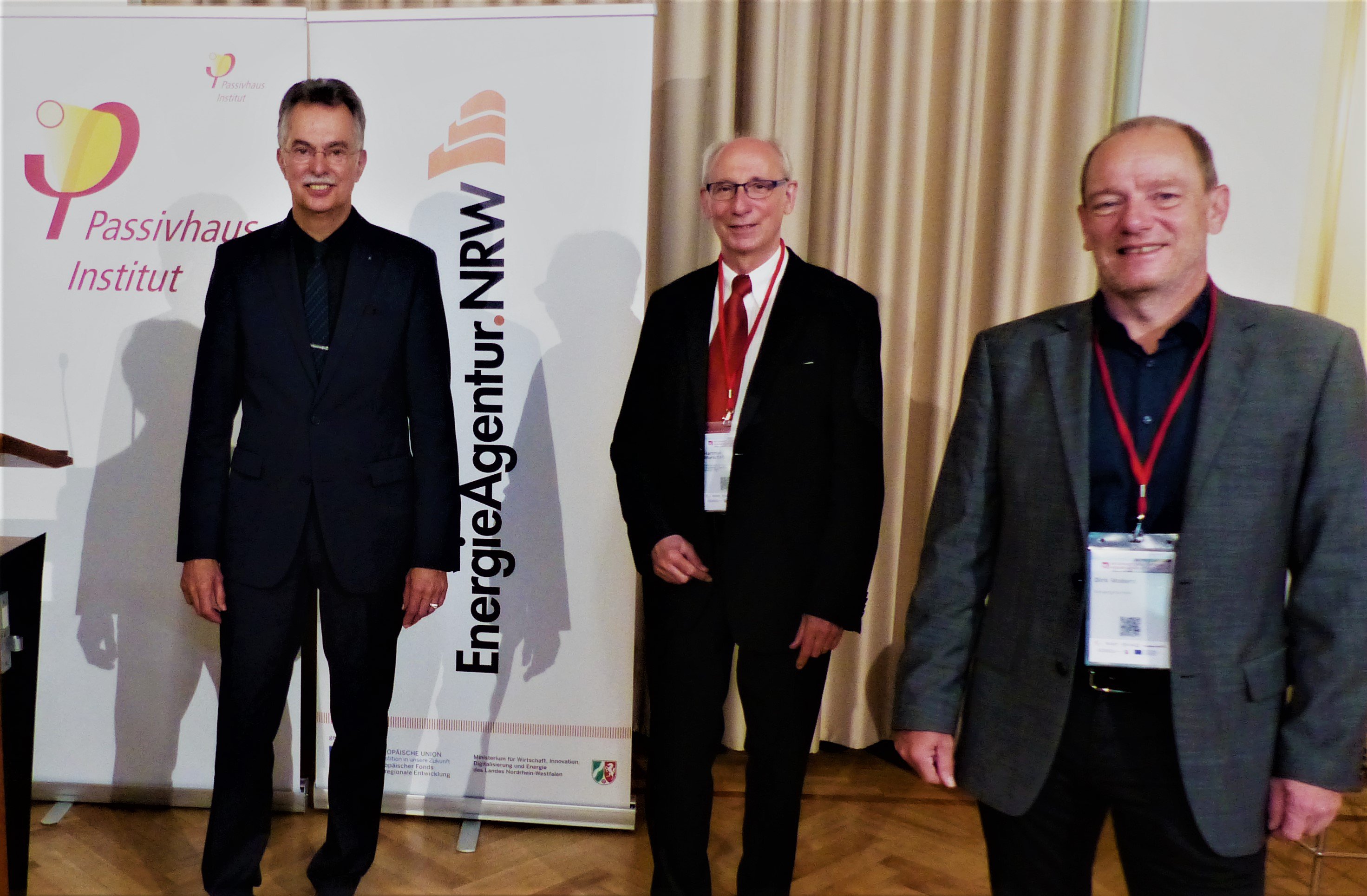 In the Historic Town Hall in Wuppertal: Ernst Uhing, President of the Chamber of architets of North Rhine-Westphalia (NRW), Hartmut Murschall of the Ministry of Economics in NRW, and Dirk Mobers of the Energy Agency NRW (from left to right). 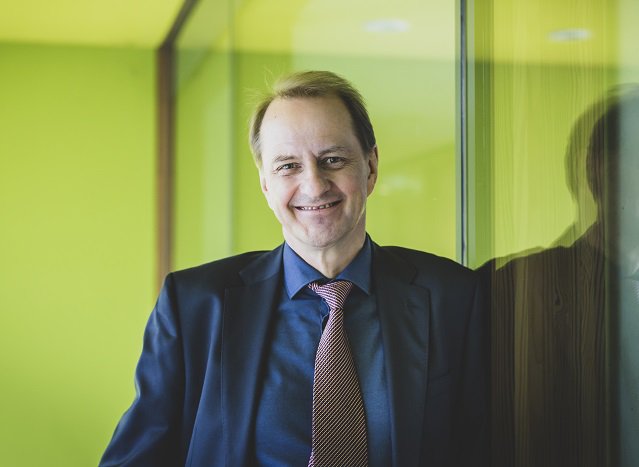 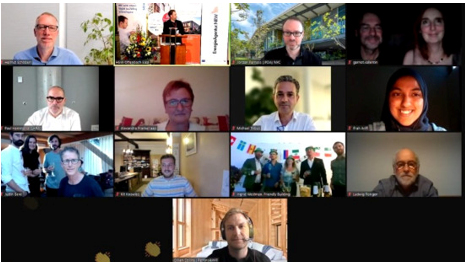 The winners of the Passive House Award 2021 were present mostly online and celebrated with the conference participants. 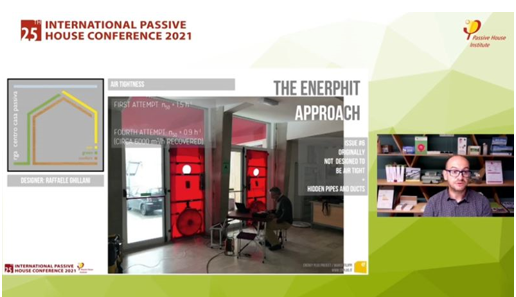 Two of more than 100 presentations at the #25intPHC: Modernisation of a school in Italy to the EnerPHit standard. 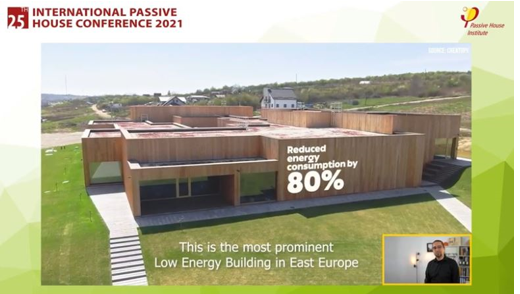 For the next conference to take place earlier in the year again, the 26th International Passive House Conference will be held in Spring 2023. 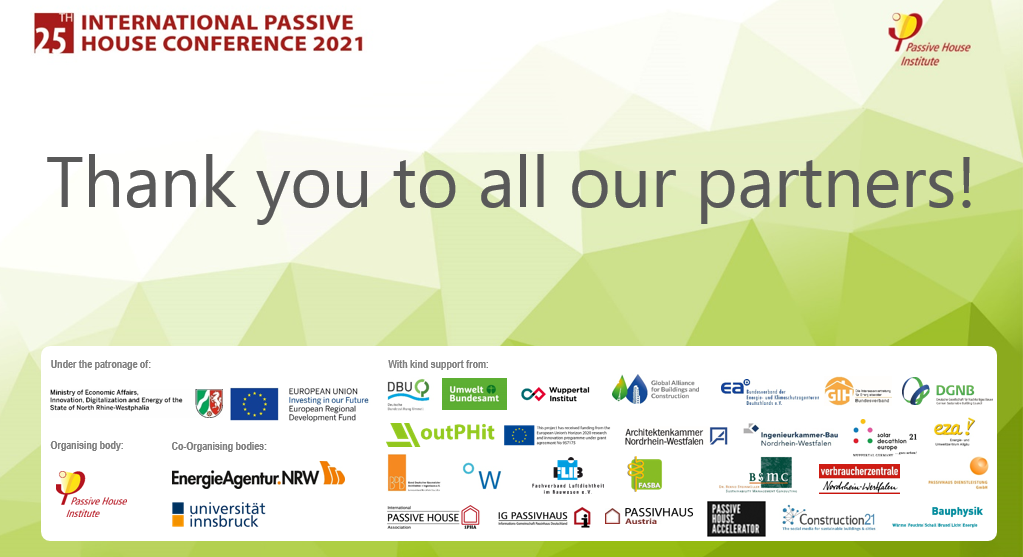